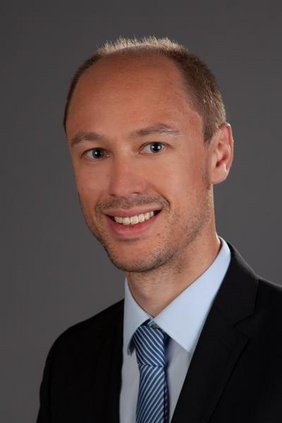 The German Physical Society (DPG) has awarded Dr Benjamin Stadtmüller the Gaede Prize. The award is in recognition of his research achievements in the field of controlling dynamic processes at metal-organic interfaces. Benjamin Stadtmüller conducts research at the Technical University of Kaiserslautern (TUK) on so-called ultrafast phenomena at functional surfaces and interfaces. The prize of 10,000 euros is awarded for contributions in the field of vacuum science and technology.

Benjamin Stadtmüller has been a member of the OPTIMAS state research centre at TU Kaiserslautern since 2015. He is working on the dynamics and control of molecular materials and interfaces induced by ultrashort laser pulses. Until 2021, he conducted research as a junior professor at TUK. Since 2021, he has led a research group at TUK within the framework of the Collaborative Research Centres "Spin+X - Spin in its collective environment" (Spin+X) and "Cooperative effects in homo- and heterometallic complexes (3MET)", respectively, and is also a scientific coordinator in the TopDyn excellence project at Johannes Gutenberg University Mainz.

The jury's statement said: "In recognition of his outstanding and pioneering work on the control of optical and electronic properties of hybrid interfaces with newly developed, time-resolved and surface-sensitive measurement methods."

The Gaede Prize is funded by the Gaede Foundation and awarded by the DPG. It was endowed by Dr Manfred Dunkel in 1985 and has been awarded annually since 1986.
Dr Stadtmüller will receive the award in March 2023 during the DPG Spring Meeting of the Condensed Matter Section in Dresden.

On 1 January 2023, the TU Kaiserslautern and the Landau Campus of the University of Koblenz-Landau will become the Rhineland-Palatinate Technical University Kaiserslautern-Landau, or RPTU for short.